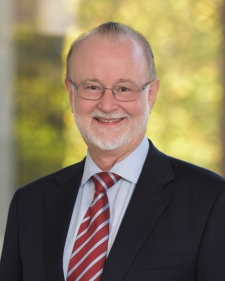 Allan is a former partner with one of the largest international law firms in the world, Baker & McKenzie, in their Beijing, New York City and Palo Alto offices (1992 to 2011). He served as U.S. legal consultant with the Taiwanese law firm of Liang & Partners in Taipei, Taiwan, (1985 to 1991) and more recently as partner with the intellectual property firm of Ishimaru & Associates in San Jose, California (2011 to 2016). Allan is fluent in spoken and written Mandarin Chinese.

Allan and his wife live in Palo Alto. He has two sons, one an engineer and the other an accountant, and he enjoys hiking and all aspects of languages. Allan volunteers weekly with CityTeam in San Jose and assists with fund-raising for orphans in Zimbabwe.

If you have any problems making a payment, please contact us at (408) 478-4100 during business hours or email billing@strategylaw.com